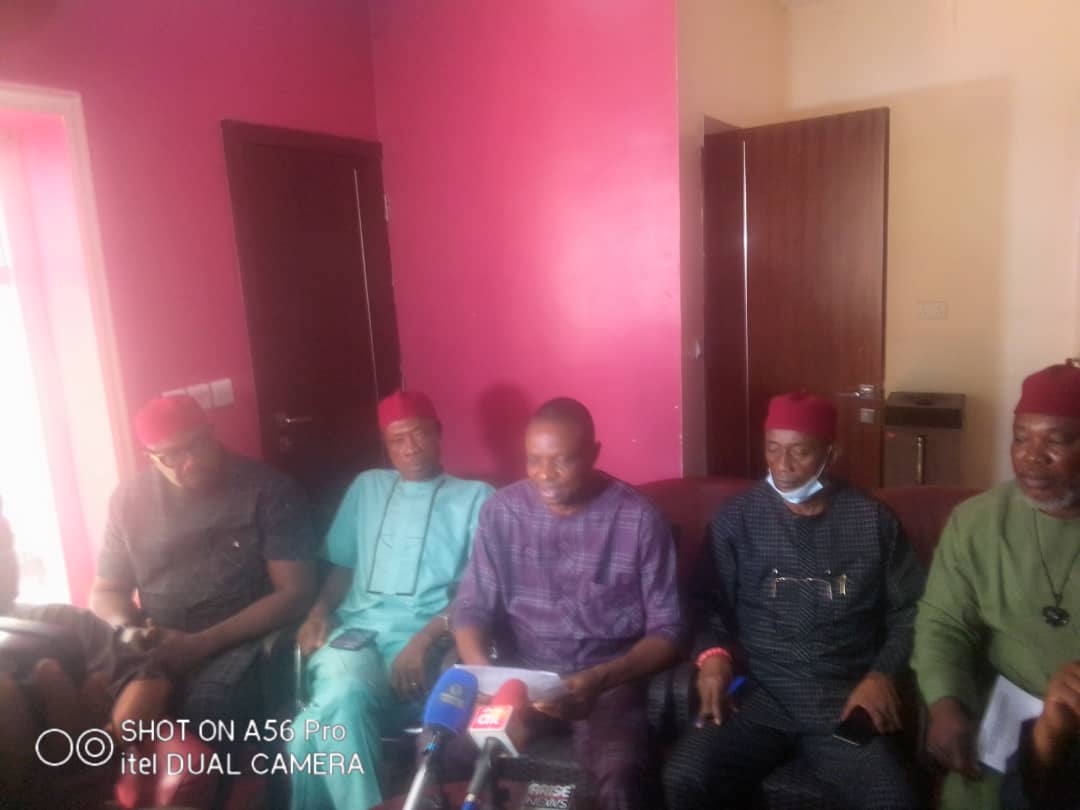 Former chieftains of the Peoples Democratic Party, PDP, in Imo State have insisted that they will not leave the All Progressive Congress, APC and return to the PDP.

The Party chieftains had left the PDP for the APC last year led then by former Imo PDP State Chairman, Charles Ezekwem.

Ezekwem is said to be on his way back to the PDP from the APC after he was wooed by PDP National Secretary, Senator Samuel Anyanwu.

Speaking to newsmen in Owerri, spokesman of the group, Mr.Damian Opara, said they will not return to the PDP, insisting that Ezekwem is on his own.

“We will not go back to Egypt. Ezekwem is on his own. We will not join him to return to the PDP” he said flanked by several of his colleagues..

Opara noted that they are pleased with the APC led administration of Senator Hope Uzodimma, thus have no reason whatsoever to return to the PDP since they left the party willingly.

He said Governor Uzodimma has lived up to expectations of Imolites, stating that what he needs is total and undiluted support to succeed.

“We are not going back to the PDP because we believe in the administration of the State Governor, Senator Hope Uzodimma” Opara noted.

Another party chieftain and former South East Publicity Secretary of the PDP, Ekwe Scot Ekwe, added that what the present administration needs in the State is total support from Imolites.

“This government requires all the support. And this is why we are not going back to the PDP. We believe in the ideals of this government because as you can see, Imo State is progressing despite global and national challenges such as Covid 19, the Endsars protests, and insecurity which plagued the State last year” he said.

innonews - May 14, 2022 0
By Orji Emenike, Umuahia  An elder statesman and respected Leader of the Peoples Democratic Party (PDP) in Abia State,...