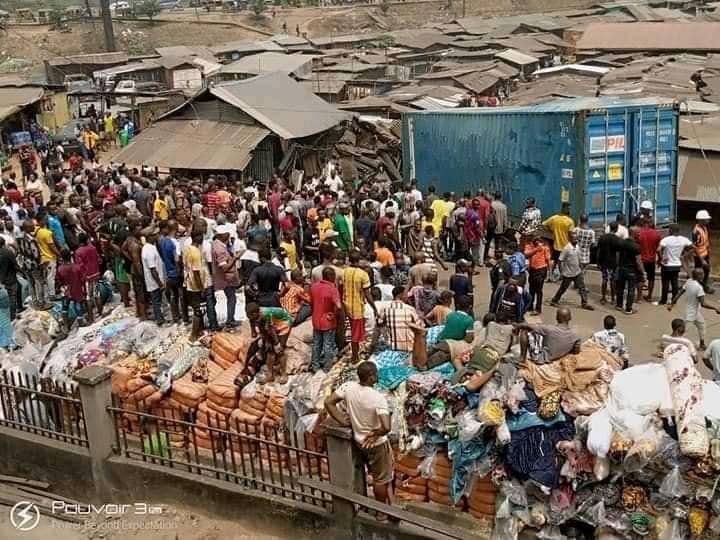 No fewer than 20 persons are feared dead after a trailer ferrying a 40ft Container, lost its brakes and plunged into a market at Waterside, Ogbor Hill, Aba in Abia State.

Several others were injured in the ghastly accident, which has sent residents wailing and crying.

Details of the accident were sketchy as at press time, but there are fears that the number of the dead could rise.

innonews - July 1, 2017 0
The Imo Youths Platform have demanded for the cancellation of both pro and anti government protests scheduled for July 3 in Owerri,  Imo State. The...

innonews - November 2, 2018 0
*Labour Leader Says NLC Not Aware Of Court Order* The Nigeria Labour Congress, NLC, has insisted it will embark on a nationwide strike over the...

innonews - May 11, 2020 0
The English Premier league r may resume June 1, following the green light given by the United Kingdom government, Sky Sports reports