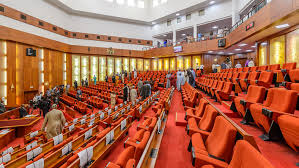 Members of the National Assembly- the Senate and House of Representatives from Imo and 35 other states in the federation, have been accused of diverting public funds with phony projects.

Civic organization, Budglt, who made the allegation, said most of the lawmakers do not carry out need assessment in their constituencies when dishing out projects but prefer projects for party loyalists under the guise of constituency projects.

Budglt said that out of the N100 billion budgeted for constituency intervention projects for the 469 lawmakers across the 36 states, N60 billion is expended on empowerment.

It said the empowerment programmes include buying of Keke NAPEP (commercial tricycles), motorcycles and two days tailoring and shoemaking trainings, where beneficiaries do not get anything at the end.

The organisation made the statement in Abuja at the launch of its Tracka’s Zonal Intervention Projects report titled, ‘Creating Awareness, Tracking Public Projects, Catalysing Community Impact in Trying Times’.

Team leader of Tracka, Uadamen Ilevbaoje, said bogus amounts are allocated for trainings that beneficiaries end up with nothing.

“This programme started since 1999 with the goal of attracting development into grassroots communities. Then, citizens did not understand how it worked, which was why we saw a lot of abandoned projects all over the country.

“But then, they were mainly capital projects. Today, constituency advancement projects have taken another dimension. Now there is N100 billion for constituency intervention projects for the 469 lawmakers across the 36 states.

“When you look at these projects, there is what we call need assessment, and these are not carried out. Because out of that N100 billion, over N60 billion is expended on empowerment. What we are talking of is buying Keke NAPEP, motorcycles and trainings.

“Bogus amount of funds are allocated for trainings like skill acquisition trainings, where they will just call beneficiaries and train them for two days, and upon completion, they don’t get anything.

“For us, we know that the main reason why they focus more on empowerment is just a way to divert public funds.

“Another issue we observed is the use of substandard materials. You see a lot of projects poorly implemented across the country.

“We reported a case today, which appeared in the zonal intervention projects and federal consolidated projects for N59 million and N70 million, and they completed the road in October last year. But as at today, the road is in a dilapidated state, which is to say that N129 million is gone.

“For the 2020 report, we realised that despite the COVID-19 pandemic, the Federal Government still tried to release 100% funds. And when funds are released 100%, you expect to see completed projects.

“What we mean by abandoned projects is like classrooms being built without roofing. A project is for the completion of a 5km road; they construct the drainages and leave it. Health centres are built without medicine or equipment, so it is under lock and key, etc.

“We have a lot across the country. In one constituency, the previous lawmaker started a health centre which he did not complete before leaving. The new one came and instead of completing it, he built another health centre next to the uncompleted one.“Our suggestion is for lawmakers to reach out to their constituents and ask for what they really want, because citizen participation is key,” he said.

innonews - March 16, 2018 0
Youths of Naze community in Owerri North Local Government Area of Imo State on Friday went on protest over the non implementation of a...

Why Establishment Of Herdsmen Colony Is Unacceptable In Imo- Ejiogu

innonews - January 21, 2018 0
Following the ripples generated by the federal Government Proposal to build Hausa/Fulani herdsmen colony in various nooks and crannies of the federation, a chieftain...

innonews - July 9, 2018 0
In world history, the twentieth century will be remembered for all the religious insurrections, rascalism and unrests it witnessed. In every continent of the...