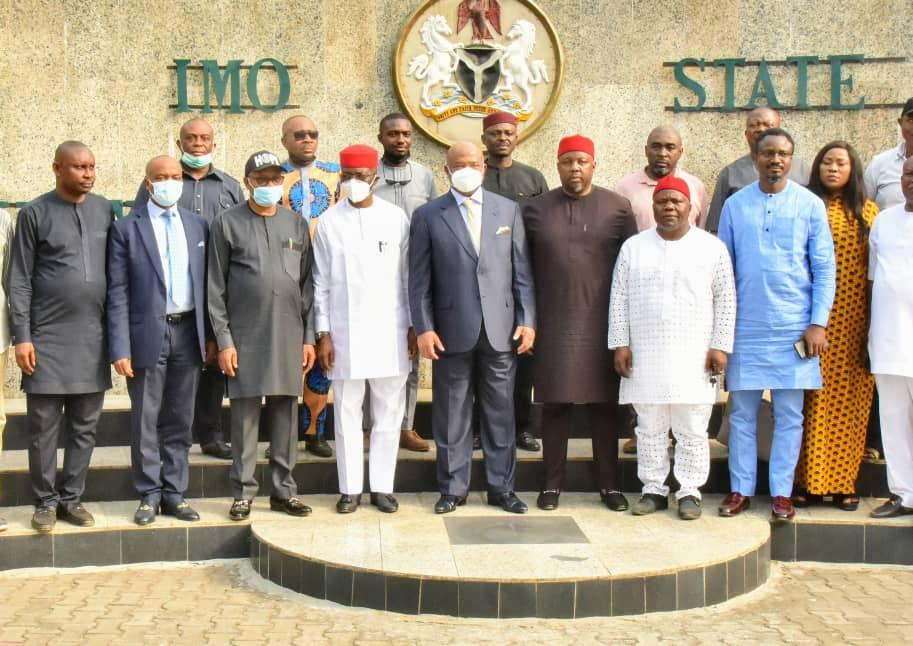 In a bid to advance the tenets of democracy in Imo State, Governor Hope Uzodimma has extended his hand of collaboration with members of the Inter-Party Advisory Council (IPAC).

In his address, when he received in audience the leadership and members of IPAC at Government House, Owerri, Governor Uzodimma expressed his commitment to support IPAC activities in the State, describing their “role is a catalyst to quicken democratic processes in our society.”

He commended IPAC for the peaceful conduct of their election, which ushered in a new State Executive, noting that “it was a testimony that democracy is working in Imo State.”

He said “Feel free, it is partnership. There is no election now, what we are doing now is governance and APC cannot do it alone.

“We need other Political Parties to partner with APC to be able to deliver dividends of democracy to the citizens of Imo State.Everything in life is turn-by-turn. Today it is APC, who knows which political party’s turn it will be tomorrow?”

Earlier why the group was in Government House Barr. Ngbudem also said they came to appreciate and thank the Governor for providing a conducive environment for them to do their job of conducting the Imo State IPAC election.

Besides, he said it was an opportunity for IPAC to appreciate the Governor on the good job he is doing in Imo State, to further inform him that the election was successful and at the same time, present the new elected Executive members to him, so that “he will work with them and help them by giving them the necessary assistance they need to perform their duties.”

The newly elected Chairman IPAC in Imo State, Ichie Levi Eke, expressed happiness on the outcome of the election and most importantly, the opportunity of bringing Imo State IPAC face-to-face with the Government of Senator Uzodimma which he described as “an opportunity to partner with the State to make sure that the State moves forward especially in the area of security.”

He promised, on behalf of his group, to partner with the State in organizing a security summit that will bring all shades of people in Imo together to ensure that peace is needed for progress and development.

innonews - May 11, 2017 0
The President of the Imo State Customary Court, Justice P.I Okpara is died. He died after a brief illness. In a statement signed by Chief Press...

innonews - March 1, 2019 0
The National Working Committee (NWC) of the All Progressives Congress (APC) has suspended Ibikunle Amosu of Ogun State and Rochas Okorocha, of Imo...