Home Viewpoint Who Is Afraid Of Isiagu?. BY RICHARD ODU 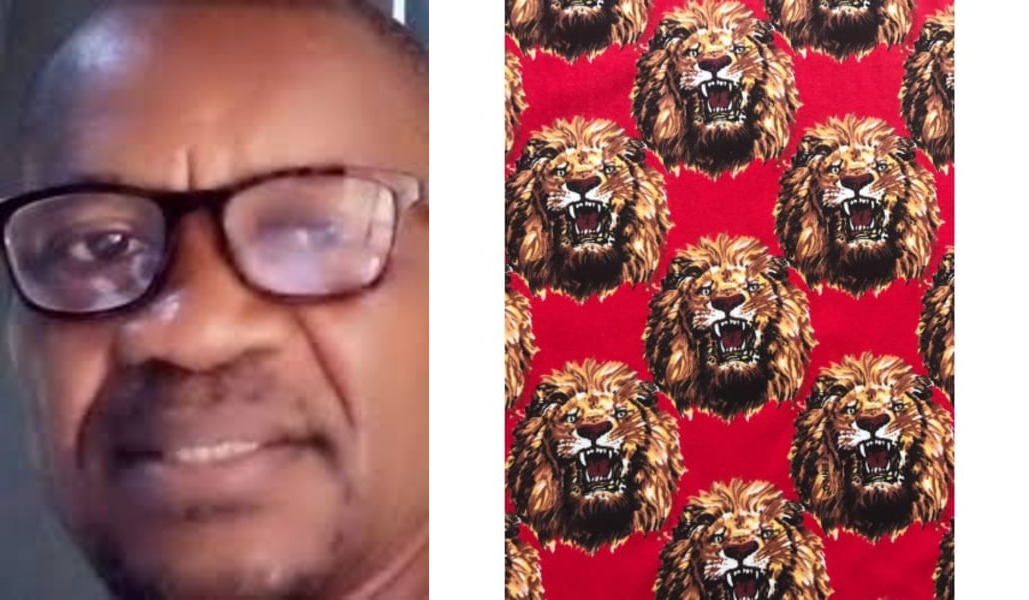 Ruminating on our good old school days, my friend, Gabriel and I touched on the various names we called ourselves in those days just to excite the other person’s adrenalin. Sometimes, the resultant anger at the mention of those names could spark off a fight fiercer than that of Russia and Ukraine (excuse my hyperbole).

Gabriel and I (I call him Gabos, others say he is Angel Gabriel) thought about the antidote we had for such ugly scenes and discovered that no fight arose if the one so called refused to react violently to the nickname, or even decided to adopt the name no matter how irritating it might be. With such an attitude, the name gradually fizzled into oblivion, never to be heard again, never to cause any other fight in future.

Nnamdi Kanu, the Indigenous People of Biafra (IPOB) leader who is in custody of the DSS and facing various charges that have gone through several amendments since his first arraignment, was denied a choice to appear in court in his Isiagu.

Isiagu, by the way, literally means lion’s head. Well, there has been a raging controversy over which animal is actually “agu” in Igbo language. One school of thought reasons that the leopard, instead of the lion, is the animal in the cat family that is very familiar to Ndigbo, who are dwellers of the rain forest belt in south eastern Nigeria. According to them, the lion, more powerful than the leopard, lives in the savannah, not in thick forests, and is known to Igbo as “odum”, the king of the jungle.

Lion or leopard, the image printed on the velvet material that is used in sewing the Isiagu apparel which Kanu referred to as his people’s attire is a lion’s head. It is a common top people, especially men, wear to occasions. Incidentally, it has caught the fancy of the Igbo people and has gradually been regarded as Igbo traditional attire. Perhaps, because the lion symbolises strength in enterprise of hunting for food and the safeguarding of their pride and their territories, the Igbo have chosen the lion head as their insignia to stand them out from the rest of the Nigerian people, some of who wear and are identified with the “agbada”, “danshiki”, “babanriga” and stuff like that.

Before Isiagu, what were the people wearing? Images that preceded the Isiagu era showed men in loin cloths tied between their thighs and anchored around their waists in a manner to protect their manhood from dangling and from public view. It is called “ngolongolo”. There was usually no top, perhaps to make room for the man to have enough air-cool to withstand the bite of the hash tropical sun.

The modern day Isiagu was what Kanu chose to wear when he was asked to choose by Justice Binta Nyako as he had often been seen in the same Fendi jumpsuit. He was denied that privilege when counsel to the prosecutor, the Department of State Services (DSS) Shuaibu Labaran, indicated that that the Isiagu design offended the DSS operating procedure. Pray, what other designs offend the DSS procedure?

This denial has so many implications to the Nigerian situation. First it indicates that Kanu may not have been the common criminal they have been struggling to paint him, but merely a political prisoner suffering some prejudice. Again, we look at the denial by the court as having originated from Kanu’s statement that he would want to wear the cloth of his people, Igbo. Did the court agree with him that Isiagu is the cloth of Ndigbo? Right after that denial, photographs of some white priests conducting a church worship clothed in Isiagu began to pop up in the social media, to signify that the design was not the exclusive preserve of the Igbo. Could the mention of “my people” this time Igbo, by Kanu have influenced the trial judge? We understand judges take decisions without bias.

The denial is seen as an extension of the inexplicable sentiments against the Igbo which, in not a very distant time, manifested in President Muhammadu Buhari’s statement that the people are a dot in the circle, perhaps, who should only be seen and not heard. Of course, the president appeared not to have hidden his disdain for this significant group among his constituency when he denied them positions in the echelon of power in the country. Precisely, no Igbo person is seen around the room, or even the corridor, where security of the region is discussed.

But, the president had donned the Isiagu on several occasions that he had visited the South East, and had been once named Okechukwu Buhari to give him the pan-Nigerian hue. When did the Isiagu become a pariah in the comity of attires?

There is a noticeable penchant on the part of the president’s men to raise frivolities to the pedestal of importance, and on the other hand, trivialise otherwise weighty issues. Had Kanu been granted his wish to wear Isiagu, who would have noticed that some conversations had taken place in the court?

It is also in this administration that the name of a dog became an issue. Dogs answer people’s names, such as Brown, Benji, Chelsea, Cathy, and so on. Life goes on. No one is arrested. It became different in Nigeria. Sometimes, matters in the socio-political circle deserve the treatment Gabriel and I discussed, that it often turns out healthier to ignore those who call us our annoying nicknames. Fights are prevented. I cannot still understand why it is an offence to wear Isiagu, or shout Biafra in the open, or to appear in colours of half of a yellow sun. And why powerful people catch fever at the sight of Isiagu, or any other insignia.

At no time had the Biafra issue, which was apparently seen as a trivial matter by previous administrations, been made a big issue more than in this administration. Evidently, there have been sustained attempts to kill Biafra since it reared its ugly head in 1966. If the denial and antagonism for Isiagu is another dimension to killing Biafra, it would be nice, seriously, to, here and now, suggest a better and more polished way to succeed – vote in a president of the Igbo (or Biafra) extraction. I’m not sure he would be foolish enough to dismember the state of Nigeria for the sake of Biafra.

innonews - August 27, 2021 0
The Association of Imo Petroleum Marketers and Dealers, have suspended their two day strike. In...