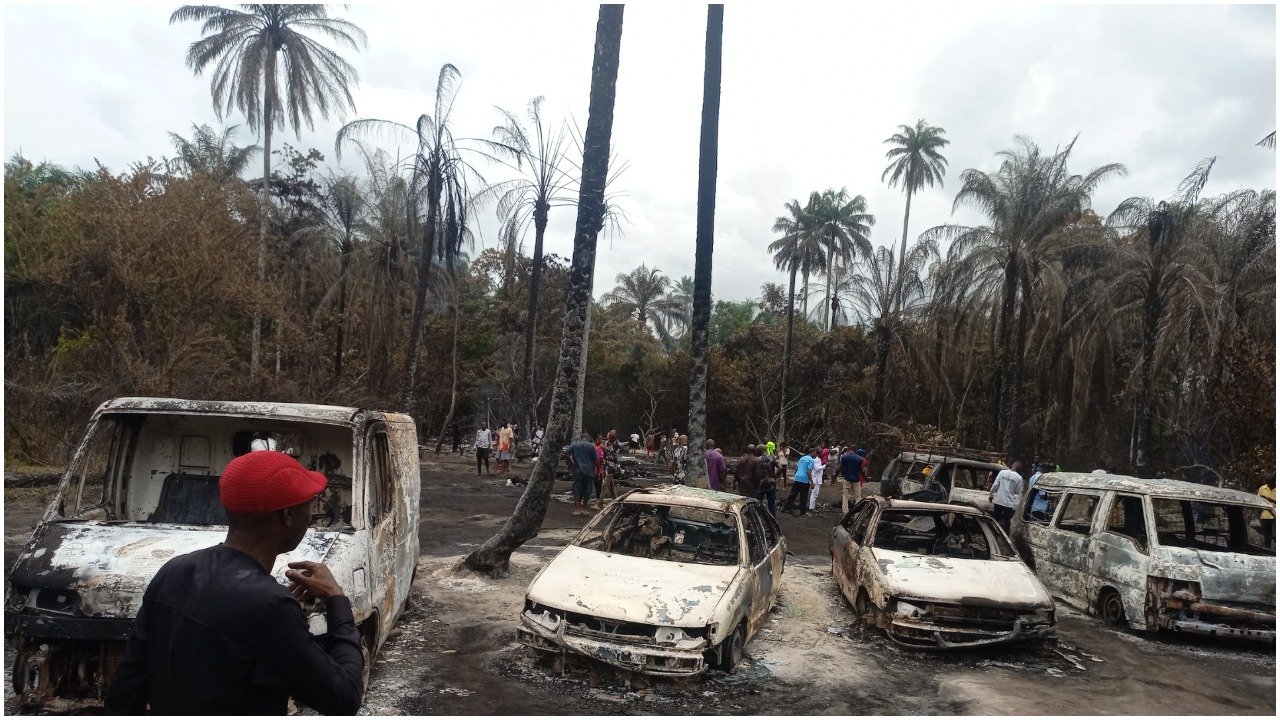 About more than 100 persons, mainly youths may have been roasted to death as fire rocked an illegal bunkering site at Abaezi forest, in Ohaji/Egbema Local Government Area of Imo State.

Others also sustained various degrees of burns from the fire outbreak.

He said billows of smoke from the site at Abaezi forest forced residents of the areas to wake up.

He said people were sacred of going to the site, but when some of them developed courage, they discovered that over hundred persons were burnt to death and about one hundred and fifty others, sustained serious burns and were rushed into the villages for treatment.

Imo State Commissioner for Petroleum Resources, Goodluck Opiah, said the fire took the lives of many youths at the site.

According to him, the owner of the illegal refinery had been declared wanted by the Imo State government.

South East Governors To Meet Buhari Over Welfare Of Igbos

innonews - October 14, 2019 0
The welfare of Igbos will feature prominently in discussions between South East Governors and President Muhammadu Buhari which will take place ...

39 Aspirants Jostle For APC Tickets For 10 Reps Seats In...