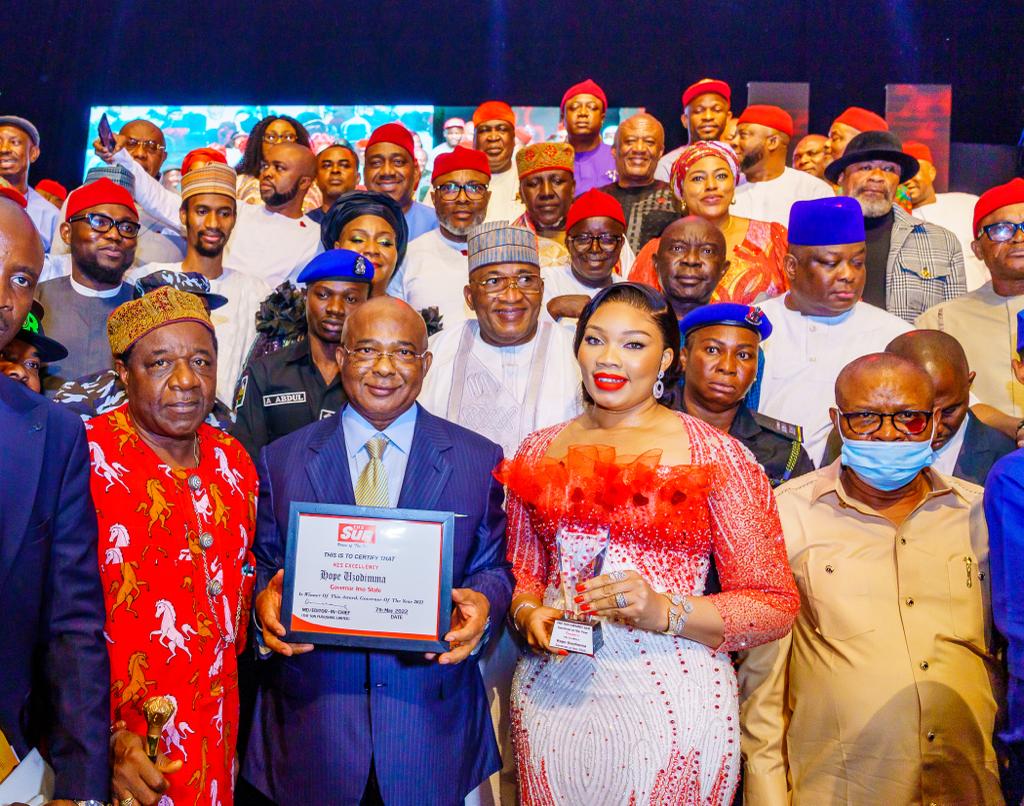 Governor Hope Uzodimma of Imo State has received the Governor Of The Year Award conferred on him by SUN Newspapers for his outstanding performance thus far in restructuring Imo State despite challenges confronting his administration.

The event, the 19TH annual award of Sun Newspapers took place at the Eko Hotels and Suites, Lagos and recognized personalities with outstanding performance in public and private sector service.

During the citation on His Excellency, Governor Hope Uzodimma was described as a silent achiever who embarked on infrastructural remodeling of Imo State from the ruins it was before.

The Organizers took into account, the steadfastness of the Shared Prosperity administration in various areas vis-a-vis the Road Construction; Educational Development; Agricultural Growth; Industrialization Drive; Economic Stability amongst other indices.

innonews - May 1, 2018 0
A legal practitioner and frontline politician in Imo State, Ziggy Azike has joined the Imo governorship contest. He is vying for the contest on the...

Onye Ishi Ala Owerre Set To Unveil Ihu Ala Owerre