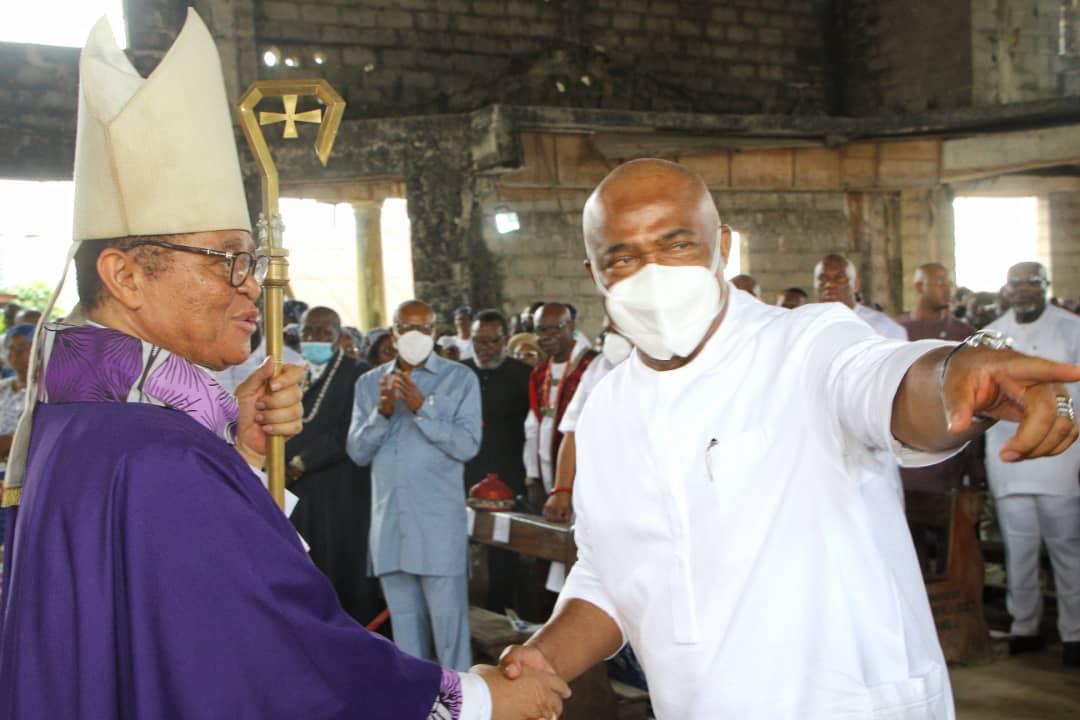 There is no rift between the Catholic Church and Bishops in Imo State with Governor Hope Uzodimma.

Declan Emelumba, State Commissioner for Information and Strategy, in a statement, Saturday, said Uzodimma, as a Christian of the Catholic faith, holds the church and its leadership in high esteem and would not undermine their authority.

Emelumba’s reaction came after reports had emerged on the social media that a rift exists between the Governor, Bishops and the Catholic Church in the State.

Part of the statement read “ Irrespective of the fact that the church authorities in Owerri Archdiocese did not allow the governor to use the executive seal to address the clergy and congregation during the installation of the new Archbishop, Dr. Lucius Ugorji, last Thursday, Governor Uzodimma, did not see as a slight, either on his office or authority.

“To demonstrate that His Excellency was not in anyway bothered  by that incident, he went ahead to host the Apostolic Nuncio and other Bishops but attended the ceremony at a state dinner that same evening

“ So, there is no animosity to warrant the speculations of the rift by the social media

The statement added “ What the appointee expressed was her opinion and she has retracted same to show that the government has no hand in it. Any other appointees expressing an opinion on the issue is doing so in a personal capacity.

innonews - November 11, 2022 0
Hope Uzodimma, governor of Imo State, on Thursday, charged 305 ward Liaison Officers in the State, to defend the achievements of his...

innonews - April 30, 2021 0
Following the incessant attacks witnessed in some parts of Imo State, a Chieftain of the All Progressive Grand Alliance (APGA) in the...

APC: Repositioning Our Party For A United Nigeria. By ADAMS OSHIOMOLE

innonews - May 10, 2018 1
DECLARATION SPEECH BY ADAMS ALIYU OSHIOMHOLE, CON, mni, TO CONTEST THE POSITION OF NATIONAL CHAIRMAN OF ALL PROGRESSIVES CONGRESS (APC) ON THURSDAY, MAY 10,...