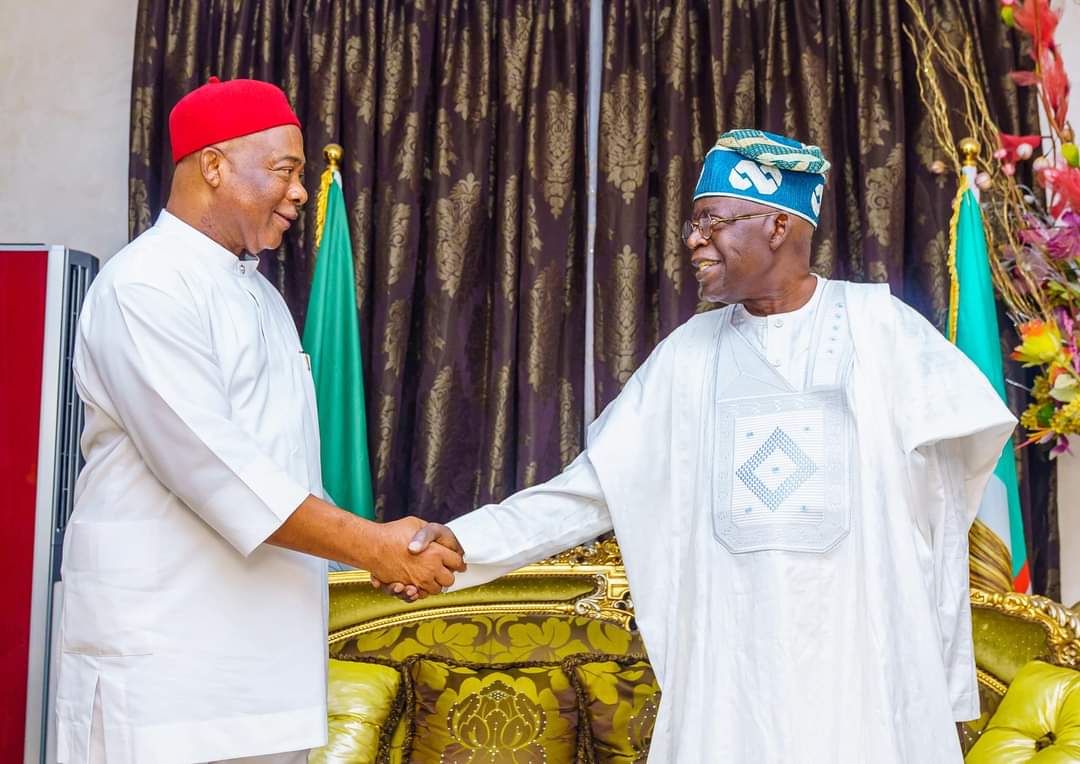 Tinubu who was victorious in the APC Special convention which was chaired by Governor Uzodimma, met the Imo State Governor for consultations to brainstorm further, on preparations to ensure victory for the party in the 2023 general elections.

The Lion of Bourdillion, as the former Lagos State Governor is popularly called, appreciated Governor Uzodimma for the democratic conduct of the 2022 APC presidential primaries.

He expressed his resolve to ensure all-round development of the nation, including the South Eastern region and called on Igbos for their support. He also pledged to work with other regions and others in his Government.

Governor Uzodimma, in his remarks, expressed appreciation to Asiwaju’s recognition of the contribution of Igbos in National politics. He also called on the Presidential Candidate of the ruling party, to build unifying bridges across the nation, while assuring him of the support of the region.

Present at the meeting was the National Vice Chairman of the APC (South), Hon Emma Eneukwu, Imo State All Progressive Congress Chairman, Hon. McDonald Ebere Ph.D and other notable party leaders of the Southeast region

Xmas: Ngoforo Foundation Doles Out 500 Bags Of Rice To Widows,...

innonews - November 18, 2019 0
By Christopher Oguejiofor Succor has come to widows in Ideato North and orphanages across Imo state as Ngoforo Foundation...

innonews - December 24, 2021 0
I would like to wish you and your entire family a Merry Christmas and a Happy New Year. We celebrate this Great...