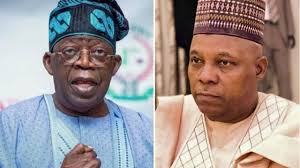 *Says Party Stakeholders Must Restrategize Ahead Of 2023 Polls

A chieftain of the All Progressives Congress, APC, in Abia State, Hon. Abed Anyadike, has described the Muslim/Muslim Presidential ticket of the party, as a killer punch, which would jeopardize the chances of the party in the South East in the 2023 presidential election.

Anyadike rather advised party stakeholders in the region, to re- strategize,if it does not want the party to lose woefully to the opposition in the forthcoming general elections in 2023.

Speaking to this newspaper in Umuahia, he said the APC’s acceptance rating in the South East has diminished after the party opted for a Muslim/Muslim presidential ticket.

Recall that Asiwaju Bola Tinubu, the APC Presidential candidate, a Muslim, had chosen another Muslim, former Governor of Borno State, Kashim Shettima, as his Running Mate for the 2023 presidential election.

This led to widespread condemnation, with the Christian population in the country, which are dominant in the South East, strongly kicking against the Muslim/Muslim ticket.

Anyadike said “The APC’s acceptance rating has nose- dived in the South East, after Bola Tinubu choose Kashim Shettima as his Running Mate.

“This is the bitter truth.The Muslim/Muslim presidential ticket of the APC, is totally unacceptable to the people of the South East.And we, as party stakeholders in the region, should stop pretending we are not aware of this fact.

“We may even lose the two States we have in the region- Imo and Ebonyi States- if the party stakeholders in the South East, do not urgently re strategize ahead of the 2023 presidential election.

“It will be very difficult for the APC to retain the two States in our kitty and some of us, who are concerned stakeholders and who have been part of the party since inception, are deeply concerned over this worrying development.

“I m a grassroot politician and I do know the negative political and electoral implications and consequences of a Muslim/Muslim ticket in the South East, which is a region Christians are dominant.

He said party leaders in the region, must wake up to the reality that the presidential aspiration of former Governor of Anambra State and presidential flagbearer of the Labour party, Mr.Peter Obi, is a threat to the APC in the South East.

“We cannot pretend that Obi’s aspiration is not gathering momentum in the South East and beyond. It’s more than social media frenzy.

“The next elections will come up with new dynamics and patterns, because of how clear the nation’s fault lines have manifested in the last seven years.

“Every zone will vote for presidential candidates from their zone of origin. And this is dangerous for the APC in the South East” he said

Prisoners To Vote In 2019 Elections- INEC

innonews - October 25, 2017 0
Prisoners may vote in the 2019 elections as the Independent National Electoral Commission, INEC is making plans with the Nigeria Prisons Service to achieve...

innonews - September 27, 2018 0
*Warns Against Preference For Any Aspirant* For State Chairman of the All Progressive Congress, APC, these are tough times as the National Chairman of the...

innonews - January 29, 2020 0
Governor Hope Uzodinma of Imo state has made a huge sacrifice in order for his administration to be able to pay salaries...