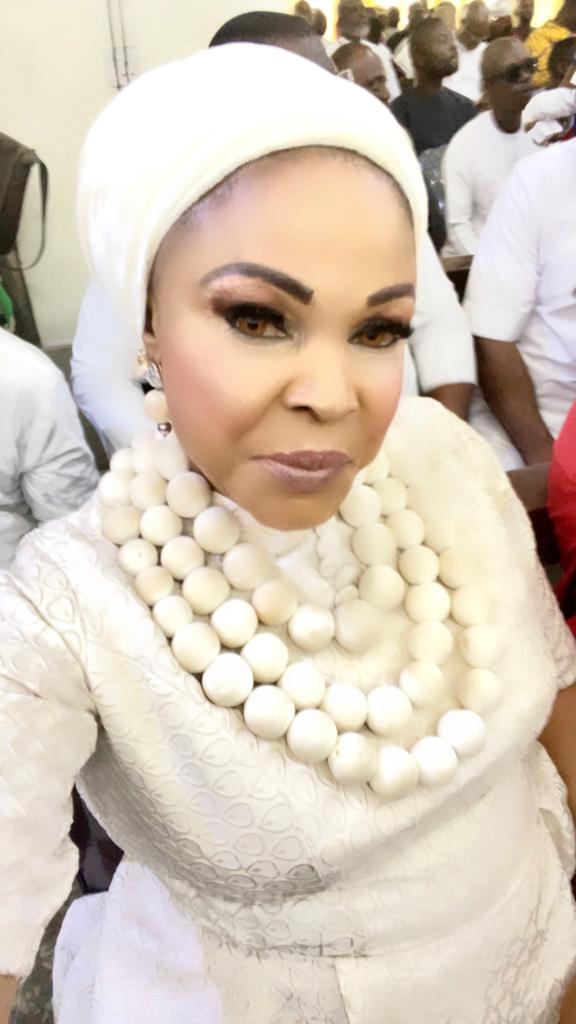 From = Everest Ezihe, Owerri
As a strategic measure to boost and sustain the good public image  of the Shared Prosperity administration of Governor Hope Uzodimma, Princess Calista Anene is passionately appealing to the Governor to  be mindful of in house sycophants noting that they don’t mean well to him and his divinely instituted administration.

Anene who’s Governor Uzodimma’s Senior Special Assistant , SSA on Social Development and Humanitarian Services  expressed regrets that most of the Governor’s close aides are economical with the truth before him.

She pointed out that most of them say one thing before the Governor only to say different negative things in his back and such their total loyalty is doubtful  which is inimical in the overall interest of the government.

The political Amazon however observed that “with due respect Your Excellency, in  every behavior there’s a trigger,a consequence and a solution.Try and find out the trigger as above,of your supporters starting from your personal aides to party structures. You are our father and Head and we all are your children. They say I talk too much because I sincerely wants you to succeed ” she advised.

The Princess also canvassed the need for a closed door expanded Exco meeting,where everyone will be privileged to air their mind and the governor ready to take their sincere outburst, arrange a proper orientation seminar for all the political appointees for them to appreciate the essence of the present administration and inclusiveness so as to work towards protecting her sanctity.
It’s pertinent to revisit the July 7th, 2022 speech on faith and reward for All APC Aspirants of the just concluded party primaries.

As sincere strategic means of repositioning the political party,  all LGA ward executives and the Adhoc  delegates during the party primaries should be reassured of their  importance and valued role in the party as  campaigns flag off for the 2023 general election.

She reminded Governor Uzodimma to implement his  promises to the political party’s 2022 female aspirants during the crucial meeting.

Anene applauded the Governor for his commitments in visionary and purposeful administration of the state  and enjoined him not to relent despite the antics of detractors.

The political icon assured of her willingness with other political leaders in Oguta council area to consult, engage, mobilize and sensitize their constituents to ensure an overwhelmed success of their great political party in the forthcoming general elections.
She further commended the state party chairman, Mr MacDonald Ebere and members of the state exco for all their efforts in building and strengthen the party.

Obi Of Onitsha To IPOB: You Cannot Stop Election In Anambra...

innonews - July 27, 2017 0
The Obi of Onitsha, Igwe Alfred Nnaemeka Achebe has told the leader of the Indigenous People of Biafra, IPOB,Nnamdi Kanu that they cannot disrupt...

innonews - April 19, 2018 0
Vice President Yemi Osibanjo On Thursday hosted a member of the House of Representative, Hon Tony Nwulu on the Not Too Young To Run...

Ebonyi Gets New Commissioner Of Police