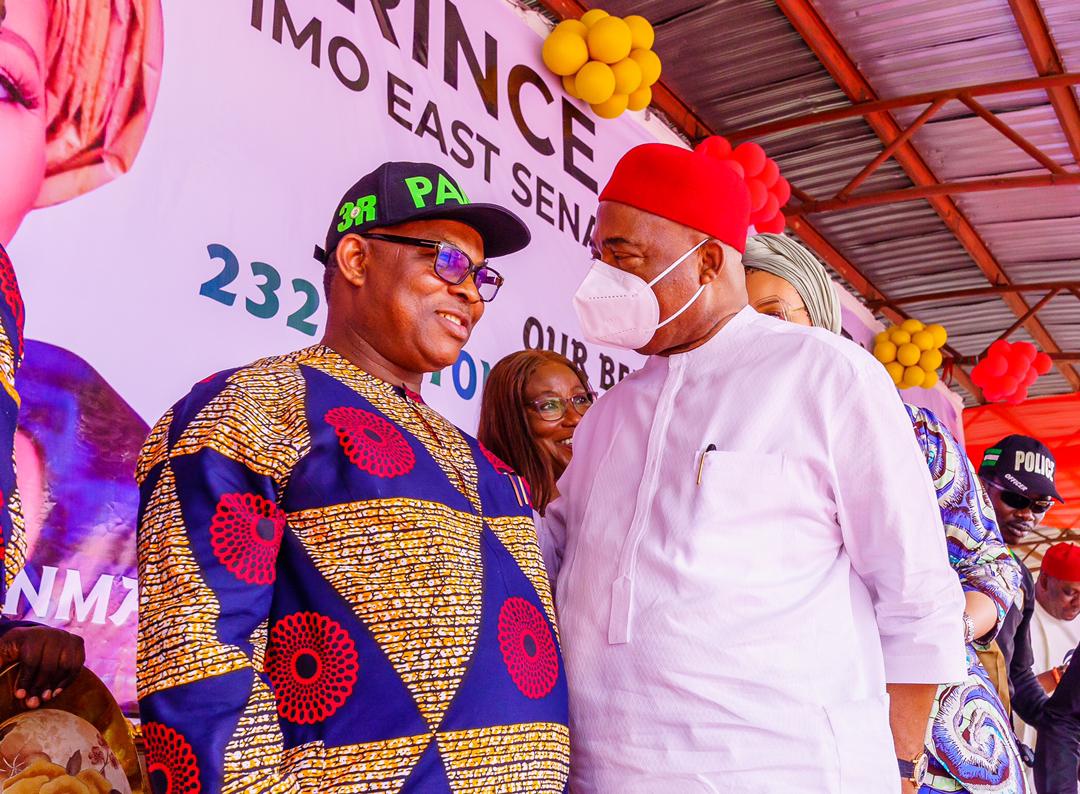 The All Progressives Congress, APC Imo East Senatorial candidate, Prince Alex Mbata, has expressed delight over the visit of President Muhammadu Buhari to Imo State, where he commissioned some signature projects executed by Governor Hope Uzodimma.

Mbata, who was among eminent Imolites, who received the President on his arrival at the Sam Mbakwe International Cargo Airport, Owerri, said the visit of the President, the second in a year, demonstrates and signifies his overflowing support to Governor Uzodimma’s desire to transform Into State.

“The visit of Mr.President to the state, the second time in a year, is a clear evidence of the commitment of the President to support the good works of Governor Hope Uzodimma, who has done so well to improve infrastructure across the State” he said

He noted that the commissioning of Owerri- Orlu Road, the first phase of Owerri- Okigwe road and the newly rebuilt Imo State House of Assembly Complex, by the President, are testament of the undying desire of Governor Hope Uzodimma to rehabilitate, recover and rebuild infrastructure in the State which was kept in a comatose condition for long.

Mbata described Uzodimma as a genuine leader, propelled by the burning passion to transform Imo State, despite it’s lean resources.

He expressed optimism that the Owerri- Mbaise- Umuahia Road, which was flagged off for reconstruction recently by Governor Uzodimma, will be completed soon and be ready for commissioning.

Mbata noted ” I m implore the good people of Owerri zone to continue to support Governor Hope Uzodimma, because of his genuine commitment to ensure major and strategic roads in and outside Owerri zone, are rebuilt for the overall economic development of the zone and the State”

innonews - May 17, 2019 0
The Imo Commandant of the Nigeria Security and Civil Defence Corps (NSCDC) Com. Raji Ibrahim, has called for...

innonews - February 3, 2019 0
*PRESS STATEMENT* The governorship candidate of the Action Alliance in Imo State, His Excellency Ugwumba Uche Nwosu has...