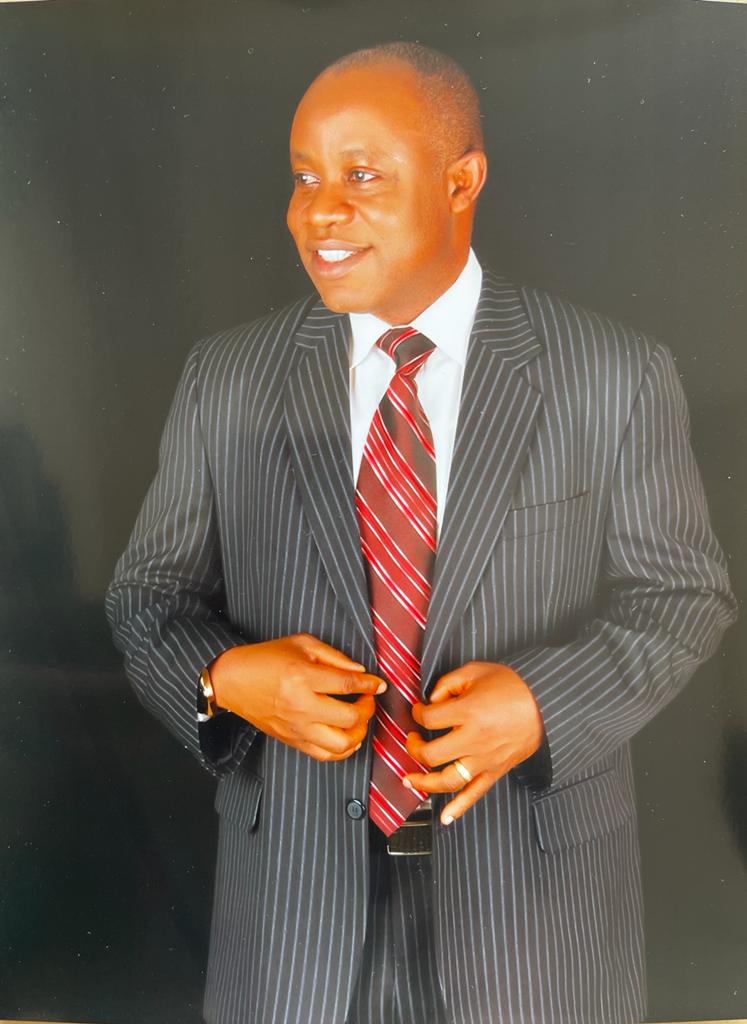 Lincoln Jack Ogunewe, a retired Army General and a leading contender for Labour Party governorship ticket in Imo State for the 2023 governorship election, is currently on tour of the United States of America, where he is consulting critical stakeholders of Imo State.

During one of his town hall meetings, he told them,
“Thank you, everyone, for the opportunity to be with you today.

“My name used to be Major General Lincoln Ogunewe.

Today, I am Mr. Lincoln Ogunewe, having retired from the Nigerian Army.For 35 years, my job was to help secure Nigeria.

“Given the security situation in Nigeria.

“Today in Imo State, I am convinced that there’s no better time to serve the good people of Imo State other than now when insecurity is the biggest problem.

‘Does everyone here agree that without security, there will be no development?

“For development to thrive in Imo State, we must first solve the problems of the bandits, the kidnappers, and the wanton killings going on in Imo State. If security of lives and property is guaranteed, any investment in agriculture, education, businesses, healthcare, youth, and women will be successful”

“I am the only governorship aspirant who can solve the insecurity problem in Imo State. As governor, this will be my job from day one.

“My development blueprint will hinge on Food Security, Education Security, Job Security, Healthcare Security among others.

“We will invest in our youths. We will start sending our young people to study overseas and to bring back new technology and businesses.

“We shall make Owerri the technology capital of Nigeria so that young people can set up their technology companies, study digital technology, like India, earn dollars and Euros working in Owerri & from their villages. I will make Imo one-city State by creating Satellite towns in the 27 local Government areas of the State thereby urbanizing the rural areas.

“Women make up half of the world’s population; Women will have adequate representation in decision-making positions in my government. My government will pay equal attention to girls’ education.

“I know Mr. Peter Obi will be the next president of Nigeria.

“I am already studying his Anambra blueprint, Michael Okpala blue print, Ndubisi Kanu blueprint, Mbakwe blueprint among other. I will join him in fighting corruption in government and, especially, reducing the cost of governance.

“The money we’ll save will be used in developing Imo State. It will be no business as usual!” he said.

On why chose to actualize his ambition through labour Party, Ogunewe said

“I joined the Labour Party instead of the other Political Parties because the main focus of a Labour Party anywhere in the world is workers’ welfare and security. It is about making sure that workers work under humane conditions with rights and privileges and receive their pay as at when due! That is why I am in the Labour Party and my government will fulfill that promise to every worker in Imo State.

“We shall train and retrain our public servants both at home and abroad to give them self-esteem. But I will also make sure that workers are productive.
Other programs that are on my top priorities include:
Modern agriculture – Greenhouse – planting and harvesting year round
Mechanized agriculture – Development of Rice farming-staple food
Reduce the cost of/improve the quality of healthcare services delivery by expanding the National Healthcare Insurance and developing the Imo State healthcare Insurance Scheme. – Improving medical practice in Imo State and paying our doctors in our general hospital well so that they can concentrate on their jobs.”

He also has this to say about his experience

“I have the experience, exposure and content , having had the rare privilege of serving at command, staff, intelligence & diplomatic positions in the military. I have a good temperament for leadership. I am physically, morally and spiritually healthy to carry out my assignments “.

He solicited for their partnership to help RESET IMO to make of our dream.

During he tour, he paid courts calls on our elder Statesman, Chief Sylvester Ugo, the former governor of Bank of Biafra and former Vice Presidential Candidate of Alhaji Tofa of the defunct NRC, former President of Mbaise USA, Dr Law Osondu, Prof Oparaoji, Chief Emma Epeagba, the newly re-elected President of Mbaise Progressive Union, Dr Vitalis Ojiegbe, whom he congratulated on his re-election, Dr Ebenezar Ogbonna and many others.

IPOB Not A Terrorist Organization- U.S

innonews - September 24, 2017 0
The United States says it does not categorize the Indigenous People of Biafra as a terrorist organization. Spokesman for the U.S Embassy in Nigeria, Russell...

innonews - May 2, 2022 0
The South East Coalition For Good Governance, SECG, a socio political group, has vowed to mobilize voters in the South East zone,...

innonews - November 29, 2019 0
Whichever way the pendulum of justice will swing over litigations surrounding the Imo governorship election, it will shape the fate...