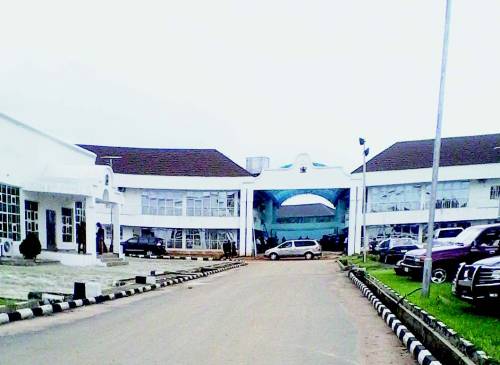 Mixed reactions have trailed the resolve of the Imo State Assembly to vote against constitutional amendment to ensure financial autonomy for State Houses of Assembly, judiciary and the local governments.

The House, at a special sitting presided by the Speaker, Emeka Nduka, on Tuesday, said it was not ideal to grant financial autonomy to the two arms of government, including the legislature and judiciary, as well as the local governments.

Recall that the National Assembly had fumed over the delay by State Houses of Assembly to transmit back to them the 1999 Constitutional amendments which they had sent to the assemblies a long time ago.
While some of the state lawmakers were unable to speak on their actions , some concerned stakeholders, including public policy analysts in the State opposed the decision of the state legislature

Fidelis Echendu, Co- Ordinator, Imo Awareness Coalition, IAC, said the decision of the lawmakers is “anti people”
“If this is true, then it is sad and unbelievable. The State lawmakers failed to understand the gravity of their action by voting against autonomy for the local governments, the Judiciary and even for themselves. The resolution of the House further gives credence to the belief that they are remote controlled from somewhere

“I wonder how somebody would work against his or her welfare. This is strange” Echendu said

Noble Okoroafor, a public policy analyst based in Owerri,  said the resolution of the Imo State House of Assembly is regrettable and clearly underscores the fact that they are not off the hook of the Executives.

“This is absurd. The autonomy of the local governments has been identified as the key factor to drive development in the rural areas

“The independence of the State legislature and the Judiciary are also vital. It is certainly against the grain of common sense for members of the Imo State House of Assembly to vote against it.

Hon Rogers Nwoke, candidate of the Peoples Democratic Party, PDP, for Owerri West State Constituency, faulted the rejection of the autonomy bill for LGAs, State Assembly and the Judiciary.

Imo Town Unions Election And The Supremacy Of The Law. BY...

innonews - January 30, 2021 0
For two reasons, the Association of Imo State Indigenous Town Unions (AISITU) has become a beautiful bride. First, there is an increasing...

innonews - March 25, 2018 0
Personally, the race for Imo governorship contest has become a child’s play, a comic show or rather a circus where jesters make spectators laugh....

I Have Not Dumped APC- Kwankwaso

innonews - August 15, 2017 0
Former Kano State Governor, Rabiu Kwankwaso has denied reports that he has quit the All Progressive Congress, APC for the Peoples Democratic Party,PDP. He described...

innonews - August 14, 2021 0
A chieftain of the Peoples Democratic Party in Imo State, an erstwhile federal lawmaker, and founder of the Dr. ThankGod Ezeani Center...