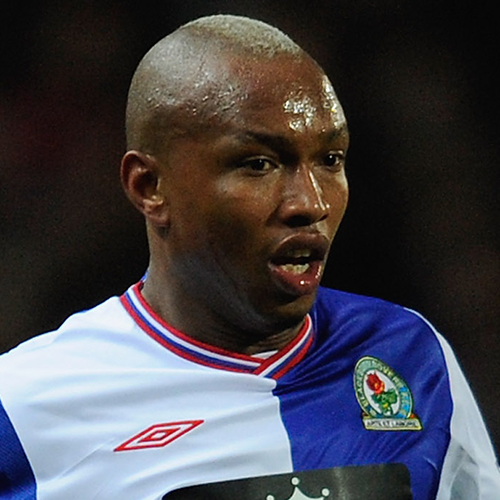 EL Hadji Diouf, has tipped Egypt, hosts of the Africa Cup of Nations, to win the trophy.

Diouf, who won the African Footballer of the Year in 2002, was in Nigeria at the weekend with the crème de la crème of the finest players in Africa of the 90s and 2000s that played a novelty game with the Nigerian legends that featured Nwankwo Kanu, Austin Okocha, Daniel Amokachi, Samson Siasia, Finidi Grorge, Emmanuel Amunike, Uche Okechukwu, Austin Eguaavoen and others to celebrate Lagos State Governor, Akinwunmi Ambode whose tenure ends on May 29.

“First I want to commend the changes we’ve witnessed in CAF. They are doing a fine job.

“I like the changes and innovations in CAF,” the former Senegal international told All Nigeria Soccer.

“Talking about the AFCON in Egypt, there are so many good teams that will be at the Nations Cup.

“Nigeria can win it just like any other country. It will be difficult with 24 teams playing time around.

“I cannot say this team or that team will win this tournament but we know that whenever Egypt hosts the AFCON, they win it. “It’s just in the history of the tournament, they may win or not win but honestly the team that will win the AFCON must be mentally strong because there are so many good teams this year. It will be difficult,” El Hadji Diouf stressed

innonews - May 12, 2017 0
Michy Batshuayi’s goal against West Brom gave Chelsea a deserved 1-0 win at the Hawthorns to win the English Premier League. The win extend the...

The Intractable Problems Of Sorting In The Tertiary Institutions. BY DR.CHUKS...

innonews - April 20, 2018 0
Undoubtedly, there are some social, political and economic issues which often dominate public discourse. Whether in the print media, electronic or social media, these...

innonews - July 3, 2017 0
PRESS RELEASE# As political activities towards the 2019 general election keep rising in tempo across Nigeria, a United States of America based Imo citizen, Engr....

Ndigbo: After The Storm, The Way Forward

innonews - September 25, 2017 0
By Collins Ughalaa The Igbo people of Eastern Nigeria are independent minded, travellers and very industrious. Their travels have brought them in direct contact with...

innonews - December 21, 2017 0
BY OBIOMA REAGAN# The Imo State Chairman of the Peoples Democratic Party PDP, Hon Charles Ezekwem has assured party faithful that he will ensure that...