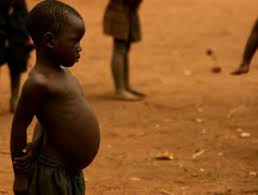 The rate at which malnutrition has continued to rear its ugly head in Imo State is worrisome as stakeholders have urged all and sundry to be nutrition-conscious to stay healthy.

Continuing, as part of the policy brief, according to World Bank (2016) every dollar invested in nutrition intervention would yield between $4 and $35 in economic returns, adding that if the government of Imo State improves investment and releases funds timely for nutrition specifics and sensitive interventions, the proportion of those who suffer from hunger will reduce by 2015.

According to the policy brief, if the government of Imo State invests adequately in nutrition, there will be increased exclusive breastfeeding, reduction in stunted children under five years and increased Vitamin A supplementation by 2025, stressing that this will happen when there is accountability and transparency in the funding process.

The stakeholders wondered from the content of the policy brief, what the funds budgeted for nutrition are being used as there seem to be little or no disbursement across the budget lines to ensure that the budget of nutrition are appropriately utilized for the good of all.

They urged the state government to pay attention to the rate of malnutrition ravaging the state.

The meeting which was attended by the management staff of ministry of Economic, Statistics and Budget, Education, Agriculture, Imo State Primary Health Care and Development Agency, Health, Media and Civil Society Organizations.

innonews - July 31, 2019 0
The government of Imo State has awarded scholarships to Ugboajah Stephnie and Alozie Chukwuemeka, the two best performing students in the 2019...