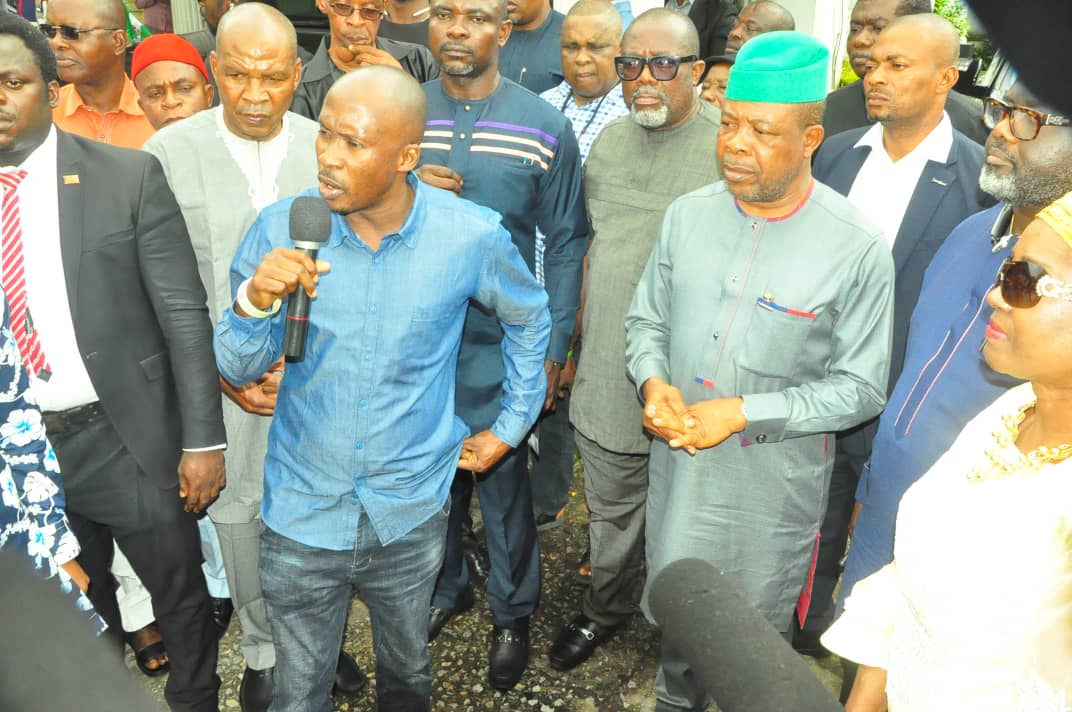 He said the manner pensioners were paid after the verification exercise deserves commendation and applause from Imolites.

He said Governor Ihedioha has shown he is a trusted partner in realizing the Rebuild Imo project and reiterated the commitment of the youths to give him maximum support.

“Governor Ihedioha has shown uncommon courage and capacity in this regard, this is leadership in action.

“The word is my bond mantra of Governor Ihedioha is a reality. The Governor has shown and proved to all and sundry that he can keep to his words.

“He should be commended for digitalizing the payment of pensioners. Pensioners now receive alert from the comfort of their homes. This is unprecedented.

Mr Chukwemeka, aka Mr. Youthfulness also spoke on the giant strides of the Governor in the State.

He expressed hope that the rehabilitation of roads will commence after the rains.

On reported political gang up against the Governor, he said it is a failed attempt, urging them to rather sheath their sword and join hands to rebuild the State.

innonews - August 15, 2020 0
BY CONSTANCE EKE Aspirants jostling for Okigwe senate bye election will have to part with N5 million naira, being...

Why Dirty Naira Notes Are In Circulation- Cleric

innonews - October 23, 2018 0
Syndicates in the nation’s apex bank, the Central Bank of Nigeria, CBN, have been blamed for the circulation of dirty naira notes in circulation. This...

innonews - April 14, 2019 0
*BY: RALPH EJIMKONYE* Top chieftains of the All Progressive Congress, APC in Imo State are in fierce scramble...