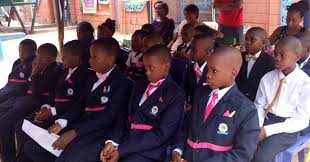 Anambra, Imo and some other States in the federation last week clinched federal government instituted awards for teachers and institutions to celebrate World Teachers Day in the country.

Imo State grabbed the award of having the best private school.

Anambra State Commissioner for Information and Public Enlightenment, C.Don Adinuba, in a statement in Awka, said the State won a total of four prizes for producing the “best public secondary school in the country” “the best secondary school administrator, producing both first and second runners up in the “Best Administrator” category.

According to the statement, flora Azikiwe secondary school was presented with an 18 seater bus and Rev. Sister Veronica Of Maria Regina school, Nnewi received a car gift from President Muhammadu Buhari.