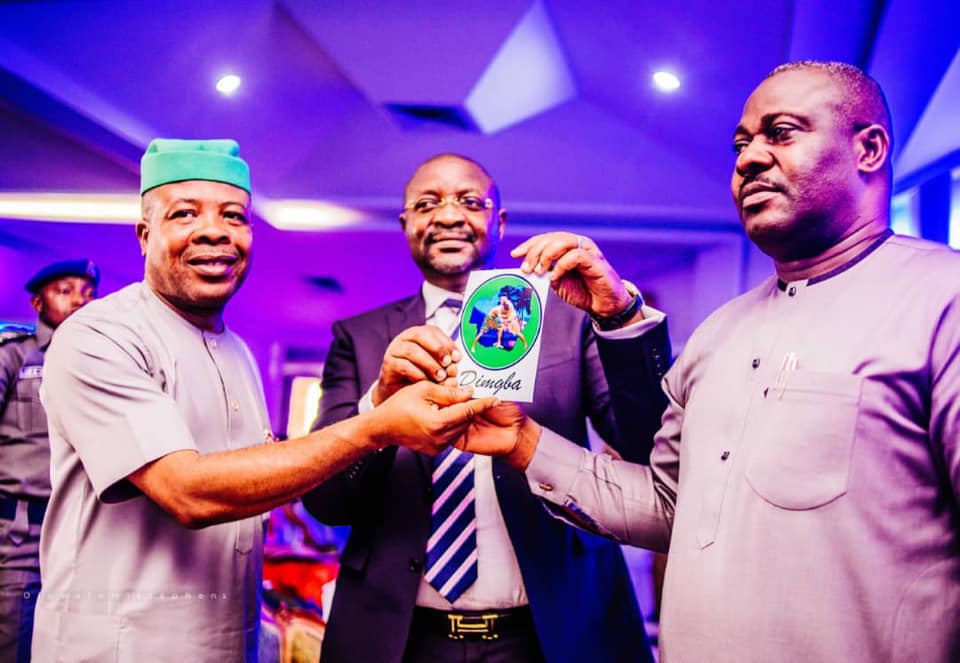 The mascot was unveiled at the Concorde Hotel Owerri, venue of Imo Sports Summit.

Imo State Deputy Governor, Engr. Gerald Irona, unveiled the mascot and handed it over the portrait to Governor Emeka Ihedioha.

Shortly after the unveiling,  Governor inaugurated a 33-man strong bid committee for the 21st National Sports Festival scheduled for 2022.

The committee has Dr. Dan Ngerem as Chairman, with Chief Fan Ndubuoke as Secretary.

Dr. Mrs. Ndi Okereke Onyuike will serve as an adviser to the committee.

Governor Ihedioha while inaugurating the committee charged them to be thorough and result-oriented in their approach as Imolites will be delighted to host the festival given the quality of facilities being put in place.

Dr. Adamu who was  appointed consultant on sports to Imo State commended the governor for his wisdom in picking prominent sports personalities from across the country. He said, “it goes to show that His Excellency is truly pan-Nigerian, who is passionate about sports and the unity of our beloved country”.

innonews - May 5, 2019 0
Chelsea forward, Eden Hazard has reportedly signaled the club’s board to honour their commitment of allowing him to proceed to Spanish giants, Real...

innonews - April 25, 2020 0
BY NNAMDI IGWE Governor Willie Obiano of Anambra State, has ordered the re-opening of all food markets including...