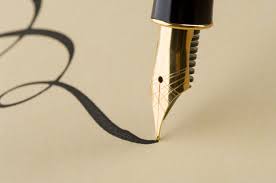 The Forum of Imo Based Newspaper Editors (FINE) has commended the Imo State Governor, Senator Hope Uzodinma for the concerted effort his government is putting in place to curtail the spread of the dreaded coronavirus pandemic.

In a release signed by the Chairman and Secretary of the Forum, Comrade Eze Adiuku and Elder Chigozie Uzosike respectively and made available to newsmen, it noted that the effort of the State government need to be complemented by all stakeholders to ensure that the pandemic did not get to the state, stressing that the preventive measures by the government come highly appreciated.

‘The Editors laud the Governor on the provision of the Isolation centers in the state, adding that the proactive measures could not have come at a better time than now’.

The Editors urged the citizens to support the efforts of the government by maintaining social distancing, washing of hands with soap, using alcoholic based sanitizers and ensuring personal hygiene, especially avoiding social gatherings within the period of the government restrictions.

However, the Editors Forum urged the Governor to allow the Media personnel/Journalists go about their job without harassment from the security personnel as it is not in line with international best practices that media personnel on duty are molested.

The Editors applauded the Governor’s intervention in the reported embarrassment meted out to a top Media Practitioner by some security agencies in Owerri, while urging that such overzealous personnel be appropriately sanctioned.

‘All over the world, Media practitioners are not disturbed, harassed nor barred from doing their work even in war periods, as they help in gathering information that ventilate/stabilize the government-citizens feedback mechanism’, the statement reads.

APC Not A Failure- Iwuanyanwu

innonews - June 1, 2017 0
The two years at the helm of affairs of Nigeria and Imo State by the All Progressive Congress, APC is not a failure. This is...

Buhari Directs Ministers To Hand In Reports Of Their Work

innonews - April 17, 2019 0
President Muhammadu Buhari has directed all his Ministers to hand in a comprehensive “status reports on policies, programs and projects of their respective...

Imo PDP And The Burden Before Ihedioha And Makarfi

innonews - July 16, 2017 0
BY CYRIL ARIRIGUZO, KSM# I want to start this piece on a congratulatory note to the Supreme Court of Nigeria and the Nigeria Judiciary in...