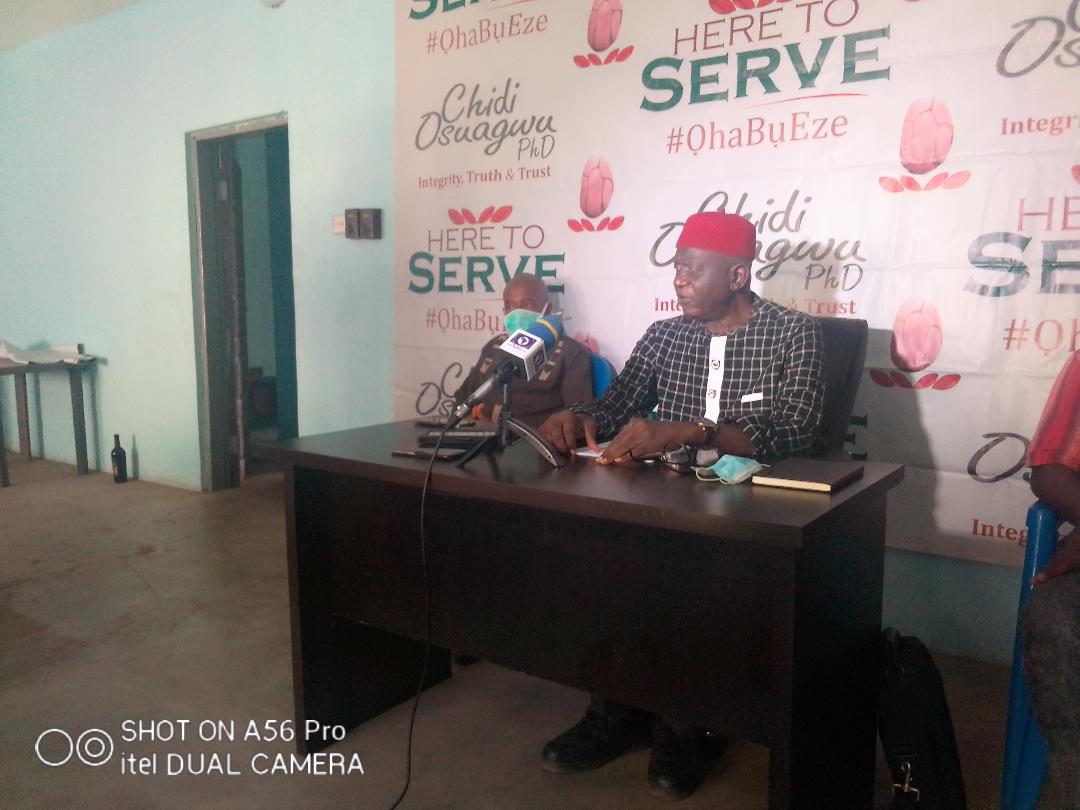 He said based on this unsavory development, the election scheduled to hold on January 11, 2020, has been put off by elders and stakeholders of Ohanaeze Ndi Igbo, the Ime Obi, which last Thursday, resolved to suspend the election.

Speaking to newsmen in Owerri, Osuagwu said the processes leading to the election has made Ohanaeze Ndi Igbo not to be differentiated from political parties.

“We were compelled to purchase forms for N500, 000 which, to some of us, is very strange and this shows that the election processes was handled in such a bizarre manner. There were no follow up guidelines for the election and this created a lot of problems

“The Ime Obi leaders expressed disappointment over this  development and suggested that the  leadership of Ohaneze Ndi Igbo, be handed over to the Christian Association of Nigeria, CAN, which will run the affairs of the organization for two months before a fresh election is held” he said

Osuagwu said he supported the decision because as it stands now, no credible election can be conducted for Ohaneze Ndi Igbo at the moment.

“I support this decision because as it is now, if we go on this way, credible leaders will not be elected for Ohanaeze Nd Igbo” Osuagwu said.

He stated that the soul of Igbo nation is at stake, pointing out that if credible elections are not held for Ohanaeze, the Igbo nation cannot move forward.

Reacting to a question what will be his take if the election eventually holds on Sunday, January 11, 2021, he said such an election will be unacceptable.

“A 419 election for Ohanaeze Ndi Igbo is unacceptable. Igbo nation cannot move forward this way. An election where there is no guideline, no venue and disregard for the Constitution of the organization is certainly not valid” he said.

innonews - April 12, 2019 0
*Security Operatives Barricade Assembly Complex* There is tension in the Imo State House of Assembly. This led to the...

Buhari: I Have Resumed Work

innonews - August 21, 2017 0
President Muhammadu Buhari has communicated to the National Assembly informing it of his readiness to resume duty from London. In a letter to the National...

innonews - June 18, 2019 0
Critics of Governor Emeka Ihedioha's insistence on due process and rule of law in the conduct of affairs of Imo State government,have...

innonews - February 4, 2018 0
The Atlas Lions of Morroco Sunday evening trounced Nigeria 4-0 to win the CHAN 2018 tournament in the final game played at the Stade...