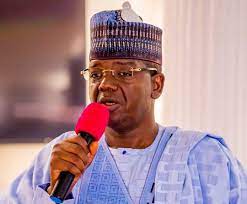 Zamfara State Governor, Bello Matawalle has condemned the killing of some Northerners in Imo State.

In a statement on Thursday, he said recent happenings have made it expedient for him as a political leader and “proud Northerner, to speak, stating that “this is not the time to play politics or to play to the gallery, but a time to tell ourselves the real truth, for the benefit of peace and progress”

Reacting to reports of killing of some Northerners in the State last week, the Zamfara State Governor said “Last Sunday’s killings of innocent Northerners in Imo is one too many and no matter how we love peace, leaders with conscience and fear of God MUST speak out against this continued barbarism and hatred. We will not take that any longer as NO human life is worthier than another. No business interest is better than another.

“In fact, in crisis situation, the South has more to lose in terms of its business interests in the North and the strategic nature they established themselves in the North than Northerners living in the South.

“The North is very much aware of such weaknesses and disadvantages the South is exposed to whenever there is such crisis but we always choose the path of peace and cherish peace beyond any act of lawlessness and hatred. Simple statistics on instances of unprovoked attacks against Northerners and their economic interests in the South in recent times can tell who is more tolerant, accommodating and peaceful between criminal elements and their backers that are well known in sponsoring such hatred and attacks against Northerners in the South, and our own people” part of the statement read.

innonews - April 23, 2020 0
The Imo State government has been advised to relax the lock-down in the state for two days, and direct the compulsory...

innonews - February 21, 2018 0
Any governorship aspirant aspiring for Imo State Governorship seat in 2019 will not receive the backing of the apex socio political group in Orlu...

Youths In Politics: Dream To Be The Leader Of Today Not...

innonews - April 4, 2018 0
The youths are the leaders of tomorrow, just like they say. This sentence I have being hearing since infancy and I have been thinking...